In January 2016, a scandal broke out in the UK when the Times reported that asylum seekers’ homes could be identified by distinctive red doors, making them vulnerable to attacks. The UK Parliament Home Affairs Committee set up an inquiry into asylum accommodation, interviewing directors from companies holding housing contracts. Stuart Monk, Managing Director of Jomast, denied that the issue had ever been raised by asylum seekers. This was contradicted in later evidence and by recorded accommodation problems. 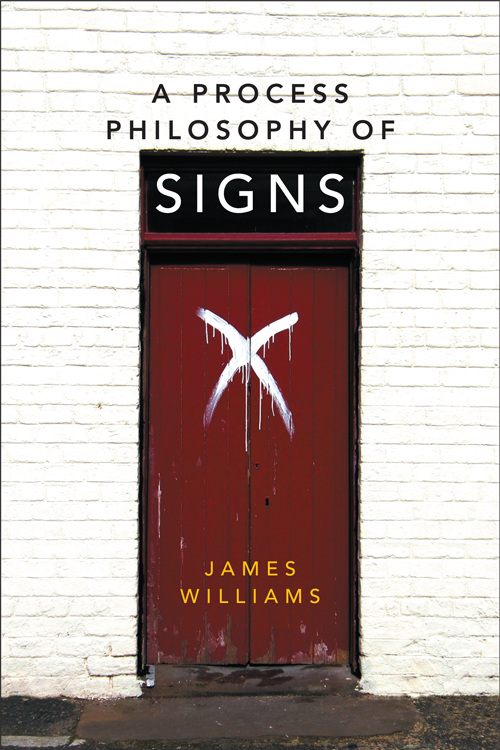 Coincidentally – but not where signs and the political are concerned – my recently published book on a new philosophy of signs opens with an account of threatening identification on doors.

Stemming from a critical reading of Whitehead and Deleuze and Guattari, the aim of A Process Philosophy of Signs is to define the sign as a multiplicity of processes. The red doors bring together a wide variety of fast-changing contemporary political problems, from war and increasing migration, to racism, poverty, rising financial inequalities and high corporate profits associated with close links between government and private companies.

The sign is not a fixed relation but processes of becoming. In the book I argue, no doubt controversially, that this means a sign is always political.

When the sign is defined as the unconditioned selection of a set, more elements can be brought into the sign than in dual relations of signifier and signified, or sense and reference. Elements are selected in relation to all others. Therefore, each selection assigns changing degrees of importance to, in principle, all potential elements. Every sign emerges with an infinitely wide substratum of changing intensities (of fear and mistrust, for example). The selection of distinctive signs for groups always has implications for them and for future acts and events. You’ll always carry this identifying mark…

Each proposed diagram shows how the selection of the sign plays out in varying directions and places. Different political and theoretical forces and positions can be shown on the diagram, or given as counter-stipulations external to it. Instead of ‘red-signifies-seeker’, the sign becomes, for instance, {red, asylum seekers, racism, poverty, profit} and at least one diagram showing these effects.

A diagram shows how the distinctive doors draw racism and discrimination closer together and closer to the centre of a network of forces, where the seekers are situated within wider political struggles. Also drawn closer are profit motives, types of government and company configurations that allow for discriminatory housing arrangement. A picture of economic enrichment around poverty, and the creation of situations ripe for conflict, emerges with the diagram. On its outer reaches, disappearing further into the distance, are ideas of social equality and cohesion.

In standard theories of the sign, the sign is taken up by political forces, for instance when it becomes part of a myth (Barthes). The advantage of the process view is that the sign itself is always political and demands a speculative model of its intensive effects. Against the tradition of Saussure and Hjelmslev, the sign cannot be represented objectively. My website on signs has other examples of cases like the red doors; for instance, around the use of the word ‘barbarian’ in recent political commentary.

James Williams is Honorary Professor of Philosophy and member of the Alfred Deakin Institute for Citizenship and Globalization at Deakin University. He has published widely on contemporary French philosophy and is currently working on a critique of the idea of extended mind from the point of view of process philosophy.