I was delighted that Film-Philosophy recently published my essay: ‘Non-Cinema: Digital, Ethics, Multitude’.  The essay is a first articulation of what I am terming non-cinema, and which is the focus of a forthcoming monograph that I am writing on the same topic.

In short, non-cinema is an attempt to create a theoretical framework through which to understand ‘oppositional’ film making in the digital age. I use the term ‘non-cinema’ for several reasons. Firstly, because in the digital age films are made without film – and so in some senses digital cinema is no longer cinema, i.e. it is non-cinema.

Evidently that runs the risk of being vague, so from there we need to narrow it down a bit more. In part, then, this is specifically about film makers who make films in an ‘underground’ capacity and/or who make films that defy the film councils and classification boards in their respective home countries. In the essay itself, this would apply to the work of Khavn de la Cruz in the Philippines, and in the wider project it applies to filmmakers like Jafar Panahi in Iran and Ai Weiwei or Wu Wenguang in China.

Beyond that, non-cinema as a concept might also help us to understand films that do political work, e.g. films that bring to screens representations of that which is often un-, under- or even mis-represented in mainstream media, including the plight of racial, sexual and other minorities across a variety of contexts. This is also tied in part to technology, for digital cameras allow for cheaper films, which in turn free film makers from the commercial obligations of mainstream cinema and the risk-aversion that sees the mainstream tend to avoid non-mainstream topics.

In some sense, then, non-cinema is also a validation of ‘cheap’ films – as per the example of Giuseppe Andrews – that cannot always afford long shoots, good lighting, good acting, theatrical distribution (including perhaps on festival circuits) and so on. That is, there is an aesthetic dimension to this politics, which is also linked to technology in that it is seen in pixellated digital images as well as in the longer takes that digital cameras afford.

More than being about representing the previously un-, under- or mis-represented (using non-mainstream aesthetics in order to preserve the identity of the non-mainstream, as opposed to ‘mainstreamifying’ it by using mainstream techniques), non-cinema also acts as a framework for films that engage with the unrepresentable.

What is the unrepresentable? This takes various forms, but initially we might understand this as being about darkness. If the process of cinema as a whole is a process that involves bringing to light ever-more diverse things in order to capitalise upon the amount of attention that is paid to those things, then non-cinema is not about ‘bringing darkness to light’ – which would be to destroy darkness – but to show darkness itself, to show that darkness is as much a part of our world as light.

Again, a history of cinematic technology is important here, since cinema has always been limited by what it can convey from the light spectrum in terms of colour, but also in terms of aspects of the spectrum that lie beyond the abilities of the unaided human eye. And these limitations have shaped our understanding of what is real, with cinema in the contemporary world becoming the measure of reality (if you do not exist on a screen, then you are as good as non-existent).

Non-cinema, then, aims to suggest that there is more to reality than what cinema and its offspring media show to us. Non-cinema is not simply ‘not cinema,’ then, but it is perhaps the very cinematic kernel of cinema itself – both the invisible mass that enables the visible world and the proletariat that the props up the rich. It is a concept that allows us to see, or perhaps better to grasp, both how cinema shapes as well as reflects our sense of reality, and that thus the fabric of our reality is political, or ideological (ontology is epistemology is ethics).

In this way, non-cinema is not simply a body of films or films using a certain medium. Contemporary low budget digital films bring out the non-cinematic quality that lies perhaps at the heart of all cinema, both digital and analogue.

Read ‘Non-Cinema: Digital, Ethics, Multitude‘ in Film-Philosophy, 20.1. Film-Philosophy is a fully Open-Access journal devoted to the relationship between film and philosophy. 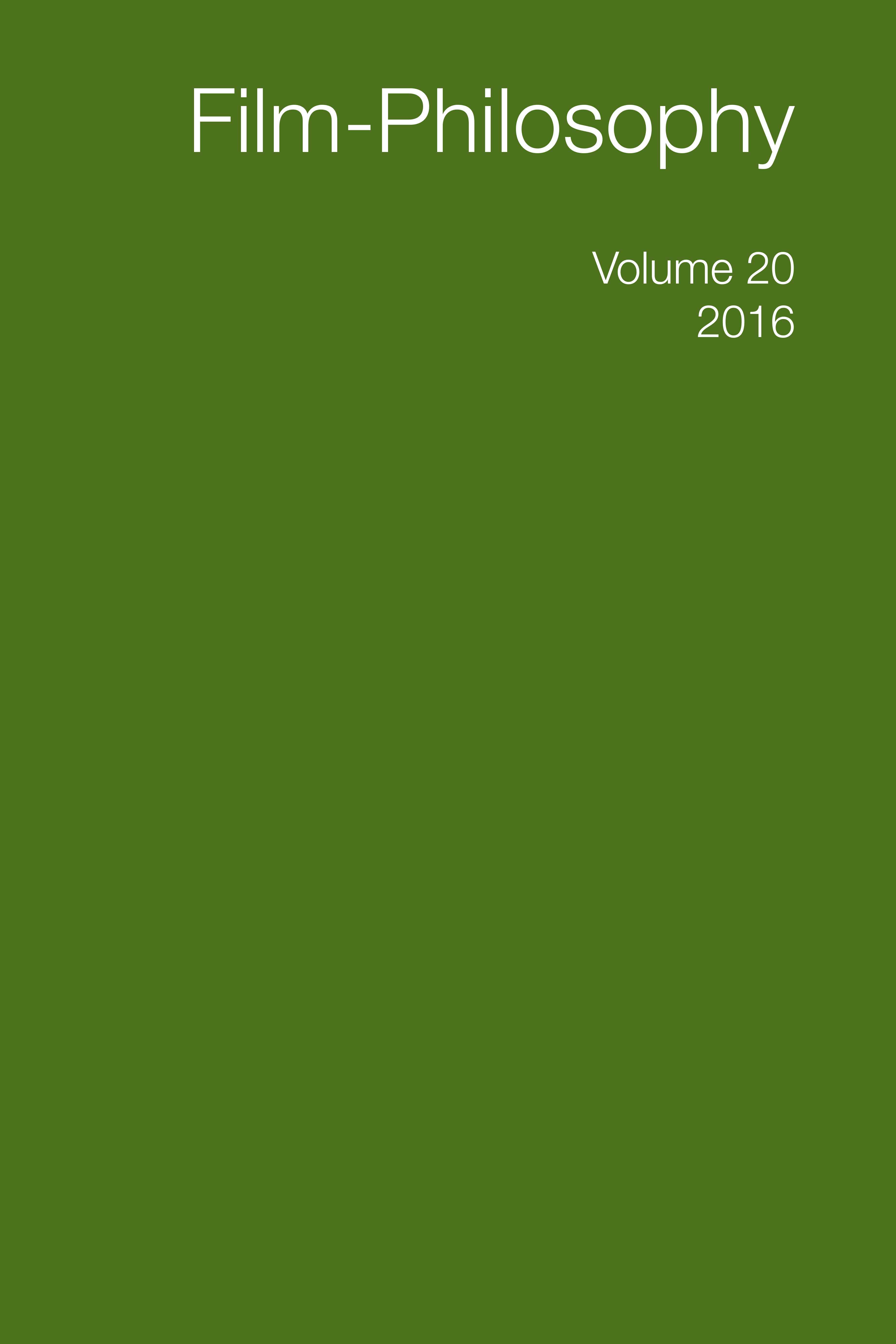 William Brown is a Senior Lecturer in Film at the University of Roehampton, London. He is the author of Supercinema: Film-Philosophy for the Digital Age (Berghahn 2013) and the co-author of Moving People, Moving Images: Cinema and Trafficking in the New Europe (St Andrews Film Studies 2010). He is the co-editor of Deleuze and Film (Edinburgh University Press 2012). He is the maker of various zero-budget digital feature films, and is currently writing a monograph entitled Non-Cinema: Global Digital Filmmaking and the Multitude (forthcoming).