The article “British Conservatives, the Red Menace and Antiforeign Agitation in China, 1924–1927” in our journal Cultural History looks at how British conservatives used the events in China as proof of the Red Menace in order to reinforce demands about British domestic and international policies, and to damage the reputation of the Labour Party and the British labour movement.
The below cartoon from Conservative Lord Rothermere’s paper The Daily Mirror, published two days before the General Election, implies victory for Labour would mean communist rule. 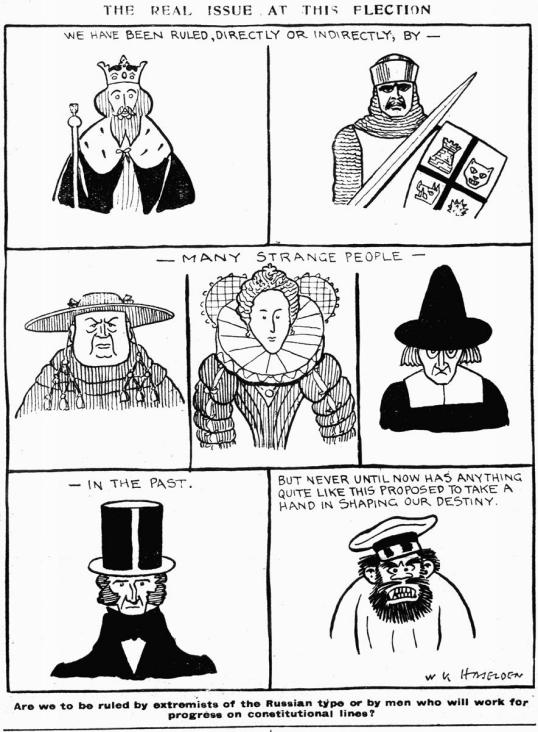 The article looks at the press, politicians and how both used imagery and events in China to further seed thought of The Red Menace in society.

The article “British Conservatives, the Red Menace and Antiforeign Agitation in China 1924–1927” from our journal Cultural History is available to read at http://www.euppublishing.com/doi/pdfplus/10.3366/cult.2013.0033