Q: How did you discover new materialisms? As someone who works on Greek literature, what do you consider its most exciting features to be?

A: I’ve always sought to incorporate new theories into my work, and so the new materialisms was a natural progression (in my opinion, at least) from my forays into cognitive theory, especially theories of extended cognition. Once I learned about this series (“Ancient Cultures, New Materialisms), that inspired me to delve more deeply into this area, which was very rewarding because I discovered new ways of taking material things seriously without necessarily needing to posit some cognitive function to them. Jane Bennett’s Vibrant Matter was particularly influential in this regard, as she provided a useful model for how to articulate matter’s influence on human life even in the absence of obvious causal connections. This is especially exciting for Greek (and Latin!) literature because not only do we have a rich corpus of ancient artifacts, our extant texts are also deeply rooted in and attentive to their material environs. So, the new materialisms seem to me to be a productive complement to the focus in recent decades on the performance contexts for archaic and classical Greek texts.

Q: Something that’s really striking about your argument is the way you resist positing a rigid distinction between mind and matter. You find support for this in the ancient Greek notion of poikilia (variegatedness of many kinds) arguing, in your Introduction, that “entities marked in terms of poikilia participate in a fluid economy of exchange between minds, bodies and things” (p. 3). Can you say more about how poikilia first caught your attention, and why this concept pairs particularly well with new materialist ideas about mind, body, and matter?

A: I first became interested in poikilia when studying for my Greek literature exam in graduate school. When I was working on Pindar, I kept seeing this term come up over and over, and I was fascinated by the different meanings the word seemed to take on in different contexts even within the same author. I was especially interested in how it applied equally to cognitive profiles as well as to material things, and so my dissertation was putatively an attempt to figure out what all these different uses of the term had in common. However, what I discovered was that there is no clear way to disentangle the mental-material connotations of the word! So, when I began to work on turning the dissertation into a book, it was precisely that entanglement I wanted to focus on, rather than the philological complexities that had been the focus of the dissertation. Analogous to the way that poikilia encompasses (what we would call) abstract as well as concrete things, it seemed to me that this concept deserved a similarly hybrid treatment in the book: consisting of the new materialisms (and its attendant focus on the agency of things) and cognitive theory (and its emphasis on the role of the material world in shaping cognition).

Q: What were you most surprised by in the course of writing your book?

A: The most surprising (and frustrating!) thing about the book-writing process was that chapter four (on lyric poetry, including Pindar) was actually the hardest to write, even though it was from those authors that I had first gotten the idea for the topic! I think it’s in this generic context that poikilia has the greatest complexity, and so it was really difficult trying to parse out what exactly I thought poikilia was doing in each example covered within the chapter. As I think about it more, I probably could have written the entire book just on poikilia and lyric poetry, and brought in other important features like meter and dialect. The short answer to the question is that the material I thought I knew the best was the most challenging to articulate!

Q: One of my favorite moments in your book appears in the section where you discuss Hephaestus’ tools. You comment on the incompleteness of the twenty tripods he’s in the process of crafting when Thetis pays him a visit (pp. 111-115). There are details in the narrative that really come to life in your reading: we’re told that tripods are still missing their handles, and you suggest this is significant because the description “opens a window into Hephaestus’ mind and his purpose in crafting them” (p. 113). Are there other examples in Greek literature of this sort of space opening up between a thinking subject and the matter onto which they impose their design(s)? I’d love to hear more of what you think about the “incompleteness” of things and what that speaks to, both at the level of “mind” and poetic representation.

A: I love this question! It actually ties nicely into the one before, because another thing that surprised me in the course of writing the book was how much insight we get into the operation of mētis (“cunning intelligence,” which frequently has poikilia as an epithet), particularly with Hermes and Odysseus. In the Homeric Hymn to Hermes, for example, we get multiple descriptions of Hermes devising tools and devices on the fly, using just the materials in his immediate area: a tortoise becomes a lyre, tamarisk and myrtle shoots become sandals, etc. I think here we get a fascinating look at a poet’s idea of what it is like to have the kind of mind (i.e. one imbued with mētis) that can identify the affordances in at-hand materials and re-purpose those materials in innovative ways. So, in a way, I feel like such descriptions are a kind of poetic fantasy because they envision this seamless cooperation between materials, minds, and human bodies, one that couldn’t and doesn’t obtain in real life (the description of Hermes’ construction of the lyre, for instance, doesn’t, as far as we can tell, accurately describe a real lyre).

Q: The new materialisms (both the theories and the practitioners) have been criticized for sidestepping or simply ignoring the realities of social class and human labor. How would you address such criticisms? Is there a danger that by elevating matter and endowing objects with agency and a sort of subjectivity, we diminish the value of human lives? How might politics and political critique be given a more prominent role in the New Materialist’s toolkit?

A: This is a really important question and one that I’ve thought a lot about. On the one hand, I hope that my book does underscore the amount of labor involved in the production of materials (most notably in my first chapter, which focuses on weaving and the implication of women’s bodies therein). On the other hand, I am all too aware of the fact that many of the objects I discuss in the book may well have been the products of enslaved labor. I think a productive way forward and a way to assuage the concerns you’ve articulated may be to focus more overtly on the materials associated with and produced by marginalized groups (insofar as that’s possible, given the evidence). I am very conscious of the fact that many of my material examples in the book are patently “elite” goods, but in my current project I am focusing on much more “mundane” materials: sand, dust, ash, hair, etc. One reason for doing so is to focus attention on the way that objects and materials circulate between people of different social standings, rather than just being the “property” of a particular person or group.

Q: What are you currently working on? Can you give us a preview of your next project?

A: My next project is still very much in the embryonic stages, but it’s grown out of an article I published in TAPA, “Epic Matter: Iliadic Dust, Sand, and the Limits of the Human.” Inspired by how much I discovered there was to say about dust and sand (!), I am currently working to expand this research into a monograph that takes an atomistic approach to epic and tragic poetry. By devoting individual chapters to dust, sand, hair, blood, and smoke/ash, my aim is to uncover how these materials–so omnipresent in human life–act as forces unto themselves in epic and tragic narratives.

You can find out more about  Materiality and Aesthetics in Archaic and Classical Greek Poetry on our website. Interested in buying it? Use discount code EVENT30 at checkout to save 30%.

Want to hear more about whats publishing in Classics and Ancient History at Edinburgh University Press? Sign up to our mailing list! You’ll be the first to hear about new books, blog posts and events. 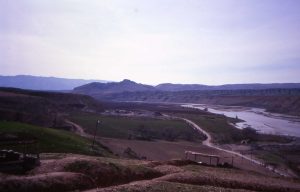 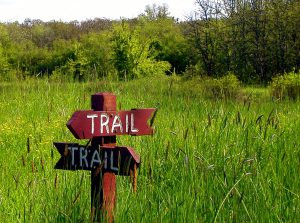 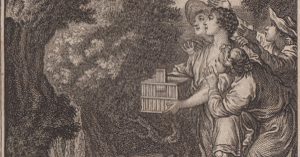