Sunday 19th of February 2017 saw the launch of the BBC’s most recent big budget television drama SS-GB, a dystopian vision of Britain under Nazi occupation. With it, came the re-ignition of the debate surrounding mumbling actors and unintelligible dialogue in British television drama.

Within 24 hours the show had gained over 100 complaints and joined other high profile dramas such as ‘Jamaica Inn’ and ‘Happy Valley’ as embarrassing examples of prime time sound mixing gone wrong. Once again, flat screen TV sets and their low quality speakers came under fire as a possible explanation for this irritating phenomenon. However, such explanations seem both overly simplistic and too easily refuted (surely it can’t just be luck that shows such as ‘Countdown’, ‘The One Show’, or the ’10 o’clock News’ are yet to suffer such problems?). My recent article in The New Soundtrack; ‘Mumble-gate: Negotiating Theory and Practice in Television’s Production Hierarchy’ takes a closer at the numerous intertwining factors behind this growing trend.

Approaching the issue from the perspective of those working in television sound past and present, this research tackles issues such as technological innovation, economic and industrial shifts, and workplace hierarchies to argue that the explanation for this trend is far more complex and entrenched than second-rate speakers or muttering actors. The effects of workplace hierarchies in film and television production have featured prominently in the work of sound studies and production studies researchers. Yet few have looked at the role these hierarchies play in the work of television sound personnel and, perhaps more significantly, their effect on the soundtrack heard by the audience at home. Should these issues remain unconfronted, instances of unintelligible dialogue may become increasingly common within Britain’s television dramas. 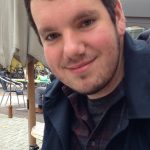 Tim Heath is a PhD student at Royal Holloway, University of London working on the European Research Council funded project, Adapt, which looks at the history of television production technologies from 1960 to the present day.