My research treats music as a crucial aspect of modernist literature, and the First World War was a crucial event for modernist writers, profoundly changing the fabric of social life. Ford Madox Ford served on the front line and wrote one of the most detailed novelistic accounts of the First World War: the Parade’s End tetralogy. Ford is also a writer with whom we can undertake a detailed investigation of music in his texts. Highly educated in the arts, his father was the author of a book on Wagner, and his grandfather was the pre-Raphaelite painter, Ford Madox Brown. Ford was a skilled and informed musician, which means that references to music in his novels can be approached as particularly significant. 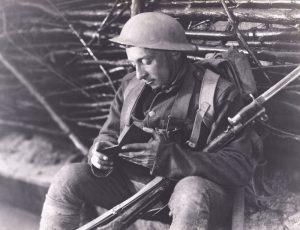 For me, music is worth discussing because it becomes so prominent in modernist writing. Its use in literature signals a suspicion about the capacity of language to articulate experience. Joyce claimed the ‘Sirens’ chapter of Ulysses was modelled on a fugue; Ezra Pound sought to compose ‘in the sequence of the musical phrase’. Music has been defined – in opposition to noise – as sound organised for aesthetic pleasure, but it was undergoing a conceptual shift in the early twentieth century. This was contributed to by warfare and new machinery that produced noise on an unprecedented scale. In the aftermath of the First World War, modernists were considering what factors had brought society to a point so laden with political, economic and social problems. In Parade’s End, a soldier in the trenches remarks, ‘The world’s certainly pretty rotten.’ Ford was interested in how artworks had contributed to shaping this ‘rotten’ society. It is in this context that I decided to investigate how Ford refers to Wagner in Parade’s End.

Wagner’s operatic art project was utopian: his Total Art-work sought to combine music, dance, language, and set design to provide a totally immersive aesthetic experience that would educate and improve society. For Ford, the First World War showed that Wagner’s utopian project had failed. Parade’s End asks what could be wrong with artworks that participated in creating a world in which the First World War could happen. Ford critiques Wagner’s music as having the potential to lull people into an aesthetic trance that prevents meaningful engagement with their surroundings.

The March 2017 special issue of Modernist Cultures seeks to reassess the First World War at the point of its centenary. But there are other pressing reasons to revisit how literature, music and the arts respond to political upheaval. The humanities are often under pressure to justify their existence and in periods of austerity, funding is often cut for the arts alongside crucial public services.

Music, art and literature can begin to seem like luxuries when there are immediate, material needs to be met; the study of historical situations can appear irrelevant when nations have to deal with entirely new kinds of political violence. Ford’s writing reminds us that it is crucial to think about how and why we arrive at the problems of the present moment, and the role played by art and culture. Parade’s End explores the First World War as an event that revealed cracks in the still-powerful myth of a smoothly advancing and progressing society.

Looking at the First World War and its literature anew in the twenty-first century, informed by contemporary perspectives and new critical tools, provides a space to reflect on its implications and consider which aspects of the past we can learn from; which resonate in the present moment. Scholarship like this also informs teaching: First World War literature and modernism courses are popular staples of undergraduate degree courses, through which students engage in important questions about politics, justice, and what we can say art is for. Research that helps academics to construct new focal points around which to discuss of the First World War ensures that teaching is able to encourage exploration of the implications of past events for the present day. 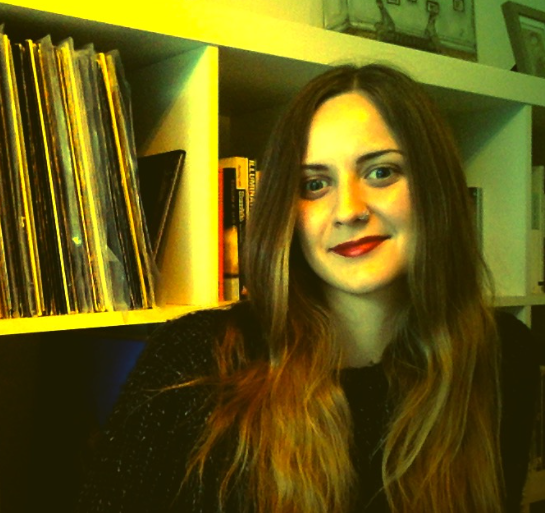