During most of the Archaic down to the Hellenistic Eras, Persia and/or the Persians have had an appeal to the Greeks. Certainly during the Archaic Period, the Greek judgement regarding the Persians was not at all negative, as Janett Morgan’s 2016 book Greek Perspectives on the Achaemenid Empire (2016) shows. Though the perspective changed during and after the Greco-Persian Wars (from 490 BC onwards), Greek fascination for Persia never really stopped.

Best known in this respect is, of course, the work of Herodotus the Halicarnassian, the Histories, though especially focused on ‘the great and wondrous stories of Greeks and Persians during their war’. This is the earliest work transmitted to us showing the Greeks’ interest for their neighbours’ activities, but we know that even before Herodotus there already were ‘Persian histories’ (Persica) in existence. As the interest for Persia and things Persian among the Greeks continued, so did the number of works dedicated to that, largely elusive or mysterious, realm. The work of Ctesias the Cnidian, a Persian History in 23 books (= chapters), fragmentarily transmitted, is a good example of that very trend. Ctesias had worked, as he claimed, at the Persian court during 17 years, lastly under King Artaxerxes II, had returned into the Greek world c. 398 BC, and had there written, allegedly based upon Persian sources, a Persica. For English readers I have written an elaborate introduction, followed by the text in Greek with opposing translation Ctesias’ Persian History (Düsseldorf: Wellem-Verlag, 2010). There also is there is a translation of Ctesias’ work by Lloyd Llewellyn-Jones and James Robson (Routledge, 2009).

Several works in which the Persian world played some part, frequently an important one, followed, but the genre really took off after the invasion of the Achaemenid Empire by Alexander the Great. In his suit followed a variety of authors, many of them describing the vicissitudes of the great Macedonian, paying attention to all peculiarities they encountered. Also after Alexander’s death, 323 BC, during the Successors’ struggles (the so-called Diadochs’ Wars), the flow of works continued, as it did after the dust had –to some extent- settled and the Diadoch Kingdoms had emerged from the rubble. Works were written in those days by a variety of authors, some known to us, others merely remaining names, some of their works possibly hardly worth mentioning, others probably very much worthwhile. The majority of them, however, share the same fate: nearly all are completely lost.

A Greek from Sicily, though, by the name of Diodorus collected and epitomised many of such (and other) works, reworking them into his Bibliotheca Historica (‘Historical Library’), producing a kind of universal history from the (alleged) dawn of civilisation down to c. 60 BC in forty books (= chapters). Regrettably, not the entirety of his work has been preserved, but a sufficient part is left to present us with a decent view on the variety of sources Diodorus used and the picture he paints of the world as he knew it. The whole of the Historical Library has been published in a bilingual edition (in twelve volumes) by the Loeb Classical Library, but for Edinburgh University Press I have now written a volume solely dedicated to the history of Persia as it was seen by Diodorus of Sicily.

Starting with the Assyrian Kingdom (paying attention to the legendary King Ninus –the eponymous founder of Nineveh – and his wife Semiramis – alleged founder of Babylon, ending with the reign of King Sardanappalus – an adulteration of the name of King Ašurbanipal), followed by a ‘history’ of the Medes, the Chaldeans, the Achaemenids, Alexander the Great and the Diadochs, the Diadochs’ kingdoms, and the Parthians, Diodorus shows us the vicissitudes of many rulers. Diodorus’ account is presented in a new translation and provided with many notes to elucidate the reader on issues where the text may be unclear or needs elaboration. Working in this way, I hope to have done right to the reader’s curiosity, both for that strange and mysterious world and for a largely unknown author of the ancient world, as well as to the effort of this Sicilian Greek, presenting posterity with his view on a world of knowledge we have lost. 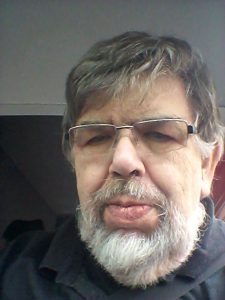 Jan P. Stronk is a research associate, Ancient History, University of Amsterdam. In 1995 he received his PhD. Apart from his books on Ctesias (2010; part two in preparation) and Diodorus (2017), he has also written papers on ancient Greek historiography in various journals and contributions to books.

Semiramis’ Legacy: The History of Persia According to Diodorus of Sicily was published by Edinburgh University Press in December 2016 as part of the series Edinburgh Studies in Ancient Persia. It is available in print and digital format.