Turkey is a beguiling country. It straddles one of the most important geopolitical fault lines in the world. Since the dismantling of the Ottoman Empire and the founding of the republican era, however, the nation has undergone various waves of authoritarianism, liberalisation and back again. Four coups and the failed of July 2016 are a testimony of these oscillating paradigms in Turkish politics and society.

The AKP (Justice and Development Party) came into power with Recep Tayyip Erdoğan as Prime Minister in 2002. There was an upsurge of optimism and hope among people from all political and ethnic backgrounds. The AKP subsequently invested in public infrastructure, building roads, schools and hospitals all over the country. They opened up the media and information communications sector of the economy to both internal and external investment. Turkey became the go-to place for foreign investment after the 2008 global financial crisis. 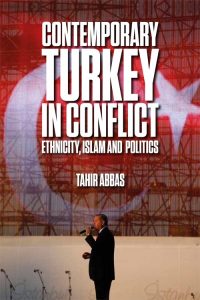 By 2010, regarded as the ‘miracle’, seemingly balancing capitalism, Islam and democracy, Turkey looked east and west, north and south, with confidence, poise and ambition backed up by the will of the people and economic power to boot. Throughout the 2000s, GDP averaged at around 5 per cent. Save for China, this is unprecedented in modern times. Turkey also became a member of the G20. In less than ten years, from a situation of having to be bailed out by an IMF loan, Turkey was a world player again.

The 2013 Gezi Park protests, however, which began as an environmental protest movement, engulfed the entire nation. The utterances of Erdoğan and the AKP were now being opposed by vast swathes of Turkey society. For the people, authoritarianism was back in Turkey. Deep, long-held fissures soon came back up to the surface of everyday life. Tensions between the secular-Kemalists and the liberal-Islamists rose to centre stage in the battle for the future of the nation.

While the secularists were unable to lay claim as the ‘rightful guardians’ of the Turkish state due to their diminished positions in politics and society, the race to lead the future direction of Turkey was led by pious Muslims divided politically ideologically. The AKP lost faith in the EU and looked towards Eurasia, Pan-Ottomanism and Pan-Turkic as domains for opportunities. Hizmet favoured Atlanticism, greater relations with the EU and a more favourable approach to Israel. Once strategic allies, the AKP and Hizmet were now bitterly opposed to each other.

This destabilisation of Turkey has divided communities and eroded what were strong forms of social capital and political trust. Intolerance and discord between political, ethnic and religious groups, a thorny subject in Turkey, reached new levels. In response, Erdoğan’s rhetoric focused on ‘Turkey’s enemies’ ‘at home’ and ‘outside forces’. In today’s Turkey, it is the old enemy at home in the form of the Kurds – and the ‘outside forces’ of Hizmet, also known as the Gulen Movement.

From the 1930s, Atatürk and the later Kemalists galvanised the nation by advancing the notion of loyalty to the flag, allegiance to Islam as a political identity and a steadfast adherence to the idea of the nation through (forced) acceptance of its newly established Latinised language. Today, President Erdoğan, now firmly established as the supreme leader of the AKP and the entire country in the wake of the 2016 failed coup, is no longer looking west as the purges continue and a state of emergency grants him unprecedented power over every arm of the state. Turkey has once again become destabilised because of contests over its national identity, political direction and internal social cohesion. 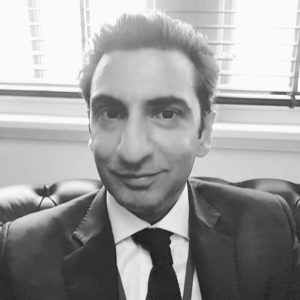 Contemporary Turkey in Conflict is a sociological and political study of Turkey in the twenty-first century. It explores the issues of ethnic conflict, political violence and identity politics based on original qualitative and quantitative social research. This book is an important contribution to the analysis of the changing contours of a profoundly fascinating country.