Far removed from the cinematic and media depictions of Muslims as angry and threatening fundamentalists are the everyday experiences of many Muslims who conduct ordinary lives with a flavour of religious and cultural distinctiveness. This could not be any truer than in Scotland, where the Muslim community, about 77,000 people (1.4 per cent of the total population) according to the 2011 Census, has experienced a relatively smooth settlement in the country. Notably, research has found that lower settlement numbers, fewer worries about terrorism and the welcoming disposition and sociability of Scots have made Muslim integration into society easier than in England. The story of Muslims in Scotland is – to put it in former Ambassador Akbar Ahmed’s words – one indicative of ‘how an indigenous society can live in harmony with immigrant communities.’

Data from the 2011 Census demonstrates that the Scottish Muslim population is a constellation of people from very diverse ethnic, cultural and theological backgrounds. Almost 70 per cent of Muslims in the country are concentrated in four cities: Glasgow (42 per cent), Edinburgh (16 per cent), Aberdeen (6 per cent) and Dundee (5 per cent). Glasgow represents a typical British Muslim community, as two thirds of its Muslims are Pakistani. This situation is similar to East Dunbartonshire, East Renfrewshire, Falkirk, Fife, North Lanarkshire, Renfrewsh 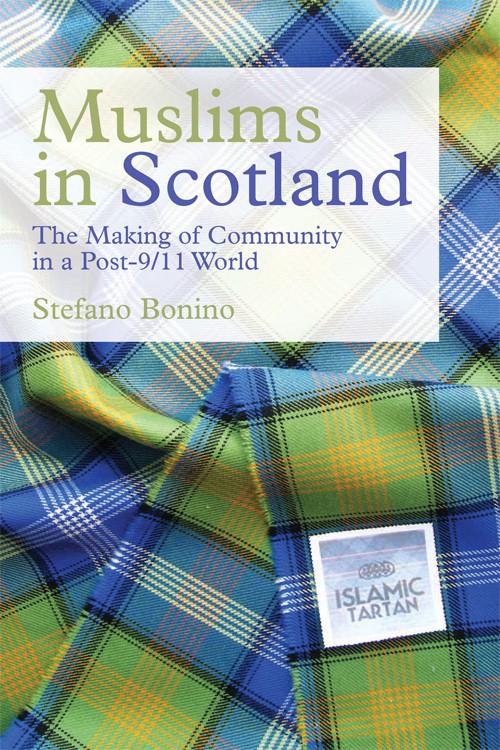 ire, South Lanarkshire and West Lothian, where between 61 per cent and 87 per cent of the local Muslim populations are of Pakistani origin or heritage.

Muslim identities are an imperfect, yet a useful, indicator of sentiments of belonging to the country. The 2011 Census shows that Scottish Muslims feel more Scottish (24 per cent) than English Muslims feel English (14 per cent) and over two thirds of them express some sort of affiliation to the United Kingdom. The distribution of Muslims’ national identities across Scotland varies, as much as Muslim ethnic communities do. Pakistani Muslims tend to prioritise their Scottish (31 per cent) or British (34 per cent) identities instead of their ethnic ones (13 per cent), while Arabs are more likely to affiliate with their ethnic identity of origin (47 per cent) rather than with Scottish (18 per cent) or British (17 per cent) identities.

Therefore, it is not surprising that Muslims in Glasgow and Dundee record higher feelings of belonging to Scotland and lower affiliations to their non-UK ethnic identities compared to Muslims in Edinburgh and Aberdeen. Indeed, Glasgow and Dundee are two cities where Pakistanis make up 50 per cent or more of the local Muslim population and are two of only four Scottish local authorities where the overall Scottish population voted for independence in the 2014 referendum. Instead, Edinburgh and Aberdeen’s large Arab populations (15 per cent or more of their local Muslim populations) and the turnover of more transient people ‘on the go’ in these major economic Scottish centres can explain lower levels of affiliation to Scotland and higher levels of affiliation to non-UK ethnic identities among their respective Muslim communities (34 per cent in Edinburgh and 53 per cent in Aberdeen).

As the Scottish Muslim community changes, so does the landscape of Scotland. We have come a long way since the first mosque in Scotland was inaugurated at 27/29 Oxford Street in Glasgow in 1944 and the first burial plot for the interment of Muslims was acquired in the Sandymount Cemetery. Edinburgh followed suit in 1962, opening its first mosque and the second one in Scotland, while Dundee had its own mosque by the end of the 1960s. Today, Scotland hosts seventy-six locations for prayer, consisting of mosques, temporary spaces for prayer, prayer rooms managed by university Islamic societies or Muslim community centres. These visible symbols of Islam within the Scottish geography, along with ethnic grocery stores, restaurants and take away shops, have made Muslim presence in the country an everyday reality.

Several indicators evidence the relatively smooth integration of Muslims in Scotland. The community’s small numbers and the lack of ethno-religious clustering, save for Pollokshields and Govanhill in Glasgow, have facilitated contact between Muslims and non-Muslims. Pakistanis, many of whom originally migrated from the well-off area of Faisalabad in Punjab, have also preferred self-employment, therefore not competing for public services in the 1950s and 1960s. Later, they stayed away from major troubles. The Rushdie Affair-related disturbances in 1988-89 and the 2001 and 2011 English riots were not mirrored by similar violent action in Scotland. At the same time, clashes between South Asians and white people (e.g. in Pollokshields in 2003) did not reach the levels of riots in English cities, such as Birmingham, Bradford and Burnley.

The sectarian tensions that have historically gnawed at the relationship between Catholics and Protestants, and predated the settlement of the majority of the South Asian community, have partly cushioned other religious minorities (including Muslims) from more serious prejudice. Similarly, neo-fascist and racist groups, including their more recent manifestations in the form of the Scottish Defence League, have never gained a foothold, thus reducing the space for anti-Muslim populist discourse.

As previous research shows, Anglophobia both ‘displaces Islamophobia by providing another target and [. . .] helps to reduce within-Scotland phobias by providing Scots with a common, external, and very significant “Other.”’ The governing Scottish National Party (SNP)’s stances against ‘all things Westminster’ have contributed to the fostering of anti-English sentiments. Scottish government’s opposition to the Trident nuclear programme, welcoming attitudes towards minorities, refugees and asylum seekers and continuing criticism of the British government are political positions that are close to Muslims’ expectations and that can explain Muslims’ gradual shift in support from Labour to the SNP. But the SNP has not only released statements that speak directly to Muslim hearts: their vocal resistance to the disastrous Iraq War is a case in point. The party has also tackled the ‘minority question’ in inclusionary terms, for example by rolling out the Race Equality Framework for Scotland 2016-30 and by aligning its asylum policies with international covenants.

At the same time, a historical ‘oppressed Scottish identity’ has united two communities, the Scots and the Muslims, that have often felt the victims of an ‘imperialist’ and ‘hegemonic’ England and has fostered a marriage of political convenience between Scotland and Islam. Here, the civic and more inclusive nature of Scottishness, as compared to the ethnic and more exclusive nature of Englishness, has facilitated the development of dual Scottish Muslim identities.

Yet we should not forget the dark shades that have coloured, and continue to colour, Muslim migration and settlement in the country. The active involvement of Scotland in the British Empire, the historical prejudice against migrant labour, high levels of racism suffered by Pakistanis and the overzealous scrutiny of Muslims at airports highlight the dangers of depicting Scotland as a uniquely tolerant and inclusive society. Muslims’ theological fractures and sectarian divisions also spotlight persisting struggles to mend the community’s internal fragmentations and to participate fully in a common national story. But while anti-Muslim sentiments exist and some Muslims still face difficulties in reconciling cultural and religious practices with the surrounding social environment, Scotland can and should become a model of a relatively successful case study on the accommodation of Islam and Muslim diversity within a Western country. 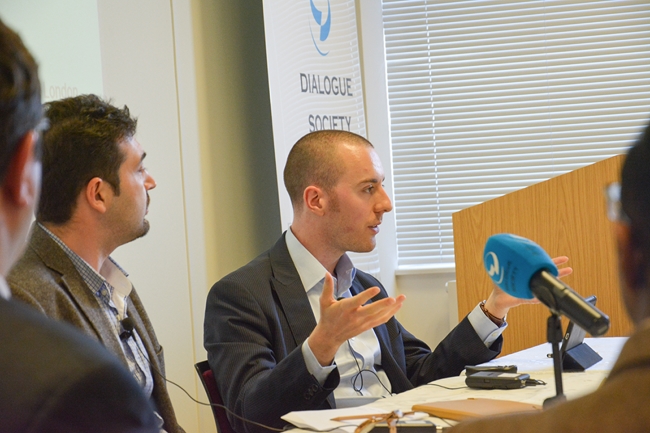 Dr Stefano Bonino is the author of Muslims in Scotland: The Making of Community in a Post-9/11 World (Edinburgh University Press, 2016).