Recent work across literary theory has placed questions of scale in the foreground of critical debate. What is it that’s at stake?

Cast your mind back to your childhood engagement with scales of the world, in play. Cast it back now, to that moment when the enchantment lifted. Suddenly, the scaling of world to play’s ratios seemed fraught. It was time to scale up. In my own case, the game at the centre of that experience was Subbuteo, which in my part of the world we pronounced ‘Sooba-teo’. Ahead of today’s console games, and within its own set of rules, Subbuteo made it possible to simulate football with reasonable verisimilitude and some skill. Subbuteo teams were available in various club colours and designed to what was called ‘00 scale’. This was not a scale ratio, but the somewhat cryptic label for the fact that the players – barely two inches high and propelled with the index ginger against a green baize cloth of consistent scale, representing the pitch – had superior balance to the flat Subbuteo cardboard figures from previous years. This, after all, was now firmly the age of plastic. And at school, like good boys brought up to good capitalist values, we had actually set up a transfer market for these players. It was impeccable logic that one piece of plastic would be superior to another moulded exactly like it. That coveted plastic moulding could win you the game. Happy times.

For a long time I wasn’t bothered that the ball in Subbuteo was nearly as big as the figures. Then at one point I became very bothered indeed. Scale without proportion is a childhood speciality. We lose it progressively. It is why scaling up to the world is always a serious matter, almost as serious as play. You grow out of scale and come over all grown up about it, insisting on proportion too. But if you force that back upon itself, returning disproportion upon scale, you can get to effects exemplified in the work of the photographer Slinkachu.

Little People in the Big City: The Street Art of Slinkachu (2008) is a book of photographs depicting small plastic figures taken from train sets and placed in real (and therefore full-scale) street settings. It enacts a Subbuteo of street life, so to speak. The photos openly play with what the critic Timothy Clark has called, elsewhere, ‘scale effects’ or ‘derangements of scale’. In the street art of Slinkachu, a woman can sit on a cigarette butt, or another walk under a packet of crisps, or a man shoot at a bumble bee, or another end up impaled on a safety pin. The introduction to Slinkachu’s book is written by Will Self, who has a short story called ‘Scale’ in Grey Area (1994). That story starts, ‘Some people lose their sense of proportion; I’ve lost my sense of scale’; the epigraph goes, ‘The philosopher Freddie Ayer was once asked which single thing he found most evocative of Paris. The venerable logical positivist thought for a while, and then answered, “A road sign with ‘Paris’ written on it.”’ Scale, in other words, can work with curious effects of reference, metaphor, metonymy.

This gets us closer to why literary studies is diverting more attention to questions of scale. Reference, metaphor, metonymy: they operate to perspicuous scale effects that, if deranged or simply rearranged, trouble the idea that in the grand scheme of things scale is the scheme of things itself. Across disciplines and the physics of everyday life, we like this idea to hold true. But in many ways scale is not the scheme of things itself. Rabelais, Swift, and Carroll know this. So do mock heroic heroic traditions and fairy tales. As childhood play – where both reality and the imagination refuse to be biddable to scale and proportion – intuitively understands, there can be authenticity in the distortions of scale and the inventions of make-believe. Scale, purporting to comprehend inconceivable extents of magnitude and the infinitesimal, becomes fascinatingly disorienting when its derangements – themselves part of way of the world, existence, and experience – are respected.

Neatness over scale, therefore, is what both undoes and sustains us in most fields of research, where the first decision made with every project is how to size it. What will it take in? How will it play the balance between comprehensiveness and example, generality and singularity? How to position research’s gaze on the question of scale? Indeed: how to scale scale? For to measure up to scale, to acquire the measure on the multifariousness of the scheme of things, is to broach the question about ‘Everything’.

‘Everything’ is a theme that features in future pages of CounterText. But in the meantime, the journal will be asking questions of scale across its second volume’s issues, forthcoming in 2016 – though scale is a theme that features also in this December’s issue, where the interview with Timothy Clark makes for interesting reading. Clark is one of the finest recent commentators on scale-referenced priorities for literary studies in the present. His focus shifts from what was explored in The Poetics of Singularity (2005) and, so to speak, from the scalelessness of the absolutes of literature to matters concerning environmental criticism and the Anthropocene, where the discourse is inevitably scaleful, if this term may be used here. It is a symptomatic shift. Like other discourses, literary theory grows ever more doubtful of Protagoras’ ‘Man is the measure of things.’ Post-anthropocentrism, the implications of scaling the deeper (ir)relevance of whatever is prospected within human inquiry do not bear much thinking about. Yet in various strains of metadisciplinary thought it grows impossible to think about anything else. We remain beguiled by getting to the contours of the indeterminately-scaled map of human inquiry, even though the view from there (where we are not and will never be) offers nobody or nothing to write down, ‘Here be dragons.’ Perhaps we do need to retain the childlike just enough, as we scale up to thoughts on scale that have many deranging dragons ahead. It will therefore be diverting, across discourses, to persist in games and narratives that turn on deranged and proportion-disregarding scales of the world. Subbuteo might have dated as a game and its popularity has waned, but the principle on which it was based was good with all that, by and large (scale being always a matter of degree). Literature has excelled in that too, exceedingly so. The question is how its take is to resonate longer. 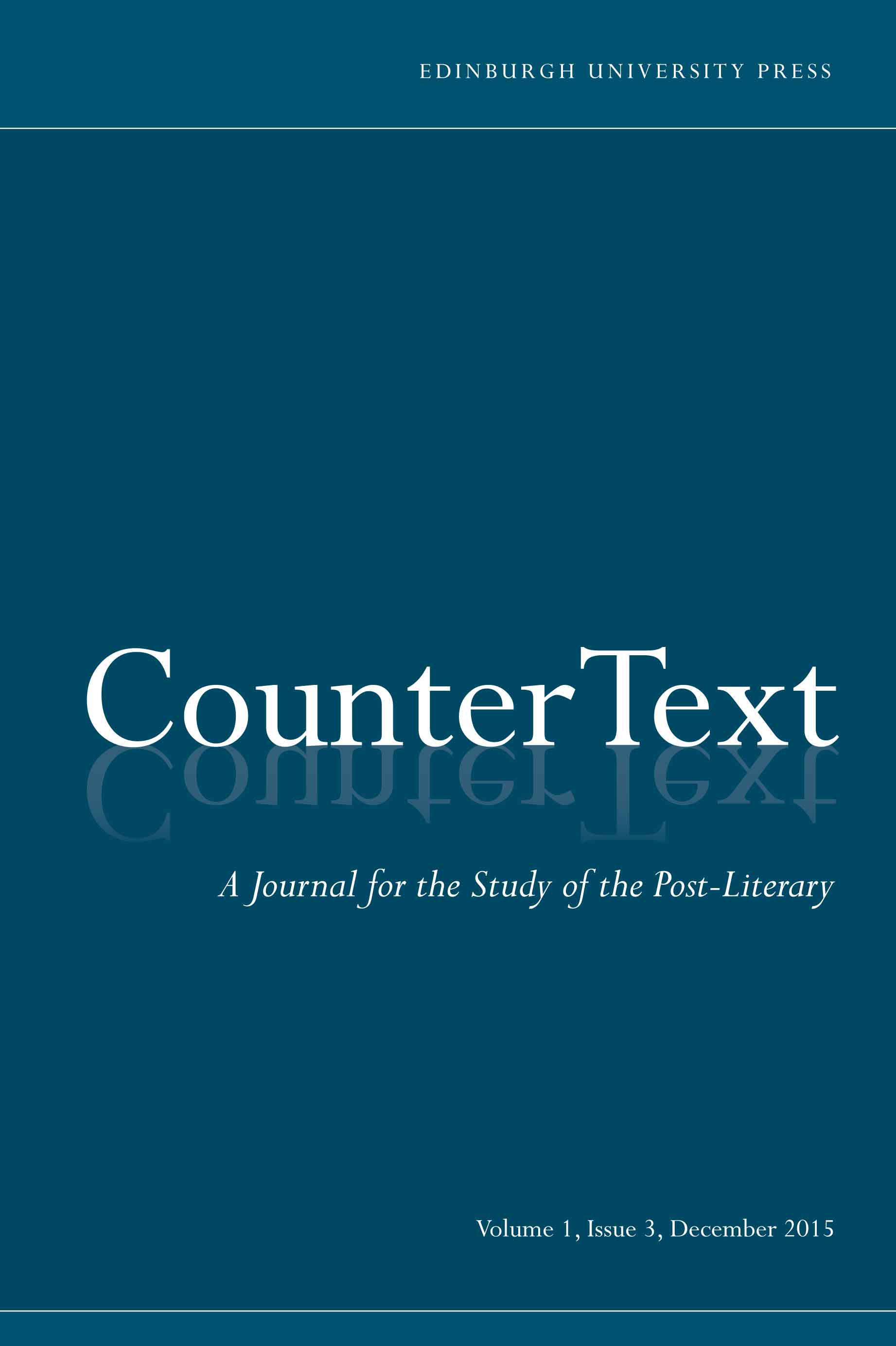 Ivan Callus is Associate Professor in the Department of English at the University of Malta, where he teaches courses in contemporary narrative and literary theory. Together with James Corby, he is the founding co-editor of the journal CounterText, launched with Edinburgh University Press in 2015. He has also co-edited a number of critical collections, among them Discipline and Practice: The (Ir)Resistibility of Theory (Bucknell University Press, 2004), Posthumanist Shakespeares (Palgrave, 2012) and Style in Theory: Between Literature and Philosophy (Bloomsbury, 2013), as well as special issues for a number of journals, including Subjectivity, Parallax and EJES. He is the author of papers and book chapters on contemporary and comparative literature, posthumanism, and poststructuralist theory, and his current research centres on poetry and code.