Celebrity, publicity and authorship are common place in the 21st century and increasingly, authors are energetic in conveying their own celebrity rather than it simply being thrust upon them; it could be said there is an intimacy between authors and the reading public. 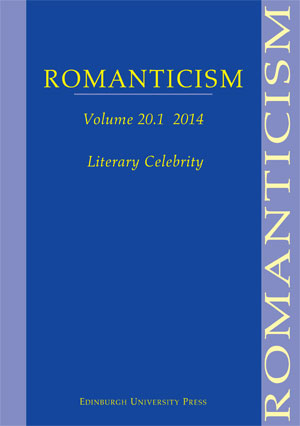 But before the advent of technology, large-scale literary production, and increased advertising and consumption of books and authors in the 18th century, literary works were produced for a small audience of readers often only known to the author. Literary celebrity and fame as we know it first emerged in the Romantic period.

>>Get the issue to find out more