The other day I picked out from my shelves a book I hadn’t read for years, an anthology of texts on aesthetics, and was surprised to come across one by William Sharp written after a visit to Brittany roughly a century ago. In it he evokes ‘those wild Breton coasts of the Tréguier headland’, with the ‘grey, muttering waste’ of the sea, and ‘the cold and barren drift of the tides’.

Little did I realise, when I must have read these phrases at the age of 14 on a cliff overlooking the north end of the village of Fairlie, in Ayrshire, Scotland (my favourite spot for reading that kind of book), that years later I would be living in that self-same area. There’s maybe an existential logic to it, in addition to other logics.

Sharp’s evocation of an atmospherical greyness, meteorological and marine, reminds me of Hegel’s reference to a philosophical greyness: ‘When it comes to trying to say what the world should be, philosophy always comes too late. As world-thinking, it turns up only when reality has completed its process of formation. It paints grey in a greyness.’

I want to go further into that greyness.

‘A relief from all the noisy glare that fills our world’

First of all, I can’t see it as grim. It’s a relief from all the noisy glare that fills our world, and it has its own aesthetics. One of my favourite modern paintings, by Paul Klee, is entitled The Grey Man and the Coast. Thus, greyness can be the preparation for another kind of light. On the very day after his vision of the Breton coast as a grey waste, Sharp saw it as ‘a tossing wilderness of blue and white’, interpreting its light as ‘the moving dazzle of exultant life’, experiencing ‘tides of happiness’.

‘It can still stimulate, maybe even inspire, individual thinking and living’

Finally, if what is habitually called philosophy does always arrive on the scene too late, after activist history and techno-terrorism have wreaked havoc, taking the form of commentary or analysis, the most interesting philosophers of those late times have tried to get at a thinking earlier than ‘philosophy’. And if at times, nowadays, it may seem too late for anything deeply satisfying actually to take place, and ‘worldify’, the kind of activity some of us are engaged in can, at the very least, be seen on the general historical level as a last stand. But it can still stimulate, maybe even inspire, individual thinking and living. And, who knows, it may also be seen, without undue optimism, as providing the substance for a new beginning – a new organisation, a new organon.

Kenneth White is a Scottish poet, academic and writer. He has published numerous works of poetry and prose in English and French, and his work has been translated into several languages. He is the recipient of awards and honours including the Grand Prix du Rayonnement Français by the Académie française for his work as a whole (1985), the Édouard Glissant prize from the University of Paris VIII for his ‘openness to the cultures of the world’ (2004) and Prix de poésie Alain Bosquet for Les Archives du Littoral, a bilingual poetry collection (2011). White holds honorary doctorates from the University of Glasgow, the University of Edinburgh and the Open University and is an honorary member of the Royal Scottish Academy.

‘Kenneth White on the Breton Coast’ is an extract from The Fundamental Field: Thought, Poetics, World’ by Jeff Malpas and Kenneth White, published by Edinburgh University Press in May 2021. 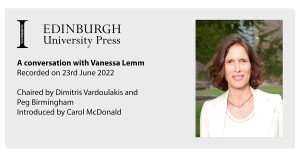 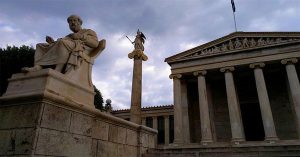