GM: Shall we start by talking about the series in general?

PF: Sure – Ian Duncan and I wanted to found a series that expressed a representative view of literature in the period, commissioning work on a good cross-section of important writing in Britain as a whole between 1760 and 1840. (Those are arbitrary terms – all periods are arbitrary – but academic publishing needs them.) We do also try to be cautious about the term ‘Romanticism’ though other terms like ‘post-Enlightenment’ weren’t going to be helpful as a catch-all for the series.

GM: Yes, as far as my book’s concerned, I’m trying to do something a bit different with the term. Certainly ‘Romanticism’ brings a lot of baggage with it but some of that can be analytically useful, I think. At the same time, Scottish writing played an important role in a lot of the cultural trends that were only partially described by older ideas of Romanticism.

PF: Scottish writing is this period is actually very Romance-based. Ian himself has made the idea of Romance central to his work: a way of thinking about history that’s completely different from transcendental Romanticism. So yes reclaiming … maybe we should call it ‘Romance-ism’. The interplay between what was and wasn’t Romance that starts off in the 1720s with Defoe continues throughout the eighteenth century and into Walter Scott. So it’s not a term we should get rid of.

GM: This book at least has a permissive view of Scottish Romanticism, that it’s really about literary contestations of modernity. Obviously ‘improvement’ is the animating force … One of the problems with improvement, I think, comes from the way it was used (particularly in the eighteenth century) as a kind of unifying or all-encompassing force. Whereas of course there were a thousand different versions of improvement, many of which were contradictory. There’s been a groundswell of scholarship on improvement recently and a lot of it has very naturally focused on individual strains or contexts of improvement, but I wanted to put more pressure on the plurality.

PF: I think you do a very good job of that. There’s a tension in the period between a Scottish Enlightenment notion of perfectibility and a demand to embody it in the social and geographical economics of improvement, based on land. I think your book really is good on the relationship between improvement as an agricultural metaphor and a psychological metaphor.

GM: Those conflicts are so important – what should improvement look like and do we even want it?

PF: It’s really a way of thinking about history that projects into the future. The work you’ve been doing on the 1820s is interesting from that point of view. Angela Esterhammer argues that what characterizes that decade is ‘speculation’. How much do you think the 1820s mark a sense of people who were not sure of their place in history? It’s interesting that James Chandler’s book (England in 1819) about the invention of that notion of being in history is focused on 1819.

GM: I do think there’s an argument that the 1820s – whether it’s the post-war context or the economic turbulence of the decade – see a further fracturing of ideologies of improvement. You find it being described in newly chaotic, uncertain and yes ‘speculative’ terms.

You can find out more about Dialectics of Improvement: Scottish Romanticism, 1786-1831 on our website.

Gerard Lee McKeever is a British Academy Postdoctoral Fellow in the School of Critical Studies at the University of Glasgow. He has published a range of scholarship on eighteenth and early nineteenth-century literature, with articles in leading journals including Studies in Romanticism and a book co-edited with Alex Benchimol (Routledge, 2018). 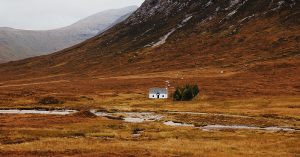