‘The politics of this country will probably, for the next few years, mainly consist in an assault upon the constitutional position of the landed interest.’

So said the Conservative politician and Prime Minister Benjamin Disraeli in the late nineteenth century, highlighting the contentious and complex nature of land issues and land reform in Scotland and the UK. Much the same might be said about contemporary Scottish politics, particularly since devolution in 1999. As such, a new book series, Scotland’s Land, has been launched by Edinburgh University Press, which aims to present the latest scholarly work to readers on Scotland’s land issues. Predominantly focusing on the history of Scotland’s economic, political, social and cultural relationships to land, landscape, as well as land reform, it also brings in cutting-edge, interdisciplinary approaches to explore new perspectives around this controversial but stimulating issue. Scotland is in the global vanguard of taking an active and proactive approach to land issues: from renewable energy systems to rewilding; from community landownership to access rights, all are hotly debated, cross-party political issues in contemporary Scotland. This new book series aims to provide all of these debates with a scrupulous, credible and challenging underpinning of research to promote greater understanding and better choices.

Despite the political concentration on land issues in Scotland since the 1880s, there is an absence of sustained academic research on the topic, something that this new book series seeks to rectify. As an important political issue, and due to the Scottish government’s promotion of community landowning (an approach relatively rare in Europe), this series will be of interest to a wide non-academic and non-Scottish/British audience – from politicians, policy-makers and communities – as well as a more traditional academic audience of researchers on land issues and land use and management experts.

The first two volumes in the series have just published and point out future directions for research. Scotland’s Foreshore by John Macaskill is a fascinating and timely historical and legal study of the many and complex wranglings over the foreshore by the crown, government, landowners and users of this important national asset. It recounts the story of the battle that took place during the nineteenth century and into the early twentieth century between the Crown and private proprietors over the ownership of the foreshore, including the management of the foreshore, debates that culminated in responsibility for the management of Scotland’s Crown-owned foreshore being devolved to the Scottish Parliament at a time when the question of land ownership is central to Scottish political debate. The Land Agent 1700-1920, a collection of essays edited by Lowri A. Rees, Ciarán Reilly and Annie Tindley, considers the role of the land agent, or estate manager, in the modern period. Land agents were an influential and powerful cadre of men, who managed both the day-to-day running and the overall policy direction of landed estates. As such, they occupy a controversial place in academic historiography as well as popular memory in rural Britain and Ireland. By unpacking the nature and processes of their power, The Land Agent explores who these men were and what was the wider significance of their roles, thus uncovering a neglected history of British rural society.

This is just the start: more volumes are in progress, including a major new assessment of Scottish land reform, written from three perspectives: legal, policy and historical. A further volume looking at the same issue but broadening out to the wider British and Irish context is also under discussion. There is a great deal of opportunity to expand the frontiers of research on Scottish land issues, and this series has been established to support that endeavour.

Annie Tindley, series editor of Scotland’s Land, is Senior Lecturer in History at the University of Newcastle-Upon-Tyne, with expertise in modern Scottish, British and imperial history, focussing on the Scottish Highlands, landed elites and empire. She is degree programme leader on UG and PG History courses and the first director of the Centre for Scotland’s Land Futures. She is the author of The Sutherland Estate, 1850-1920 (Edinburgh University Press, 2010), and Lachlan Grant of Ballachulish, 1871-1945 (co-edited with Ewen A. Cameron, Birlinn, 2015). 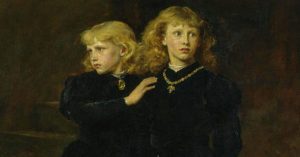