In Psychoanalysis and History, some of the leading contemporary academics working with psychoanalysis across several disciplines have taken time to consider the question – What Is the Future of Psychoanalysis in the Academy? – thus giving a timely survey of the status and possibilities of the discipline.

To read all the responses in full, view the complete article here. 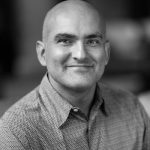 Recently I was teaching Freud’s essay ‘Thoughts for the Times on War and Death’, and its words, though addressing the violence of World War I, seemed to be uncannily relevant to our contemporary moment: the befuddling confusion of living through a historical upheaval, the triumph of libidinal impulses over economic self-interest, the unconscionable results of a social contract in which states visit extreme violence on populations around the world, the preponderance of suffering, and the increase in global death tolls in spite of historical promises of the good life, promises made by the ‘world-dominating nations of white race’ now engaged in mass destruction. Disillusionment reigns, but Freud cautions against thinking of one’s own historical period as exceptional, and such caution is salutary for us now. …. Does psychoanalysis have a future in the academy? One hesitates to imagine a future at all in these disillusioned days. ….. If psychoanalysis has a future in the academy, it will be due to its ongoing and incomplete project of understanding how people, individually but also collectively, live in the face of finitude. 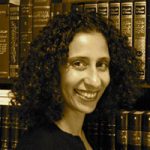 The death of psychoanalysis has been foretold countless times, and yet, like the unresolvable excess of mourning, it persists. Its time is perhaps best understood as that of the unpast, the undead. Likewise, as historians, we inhabit the unpast, a past that we cannot lay to rest, that we revisit in our daily intercourse with the dead in a relationship of transference. ….More concretely, and less speculatively, we might ask: what, precisely, does the presence of an unconscious mean for writing history? In what ways has psychoanalysis pressed us into rethinking the relationship between the unconscious and temporality? Arguably, it has given us the tools for the most sophisticated theorization of temporality intellectually available to us: contradiction and overdetermination, condensation and displacement, repetition and refinding, discontinuity and rupture. 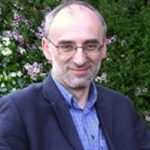 The place of psychoanalysis in the academy has always been controversial, from Freud’s (1919) paper ‘On the Teaching of Psycho-analysis in Universities’ onwards. Lacan was especially scathing: in Seminar XVII (Lacan, 1991) he made several statements that boiled down to the claim that academic understanding systematically reverses psychoanalytic understanding, for example (p. 41) that the person working in the realm of the ‘university discourse’ ‘cannot do anything other … than reverse my formula, that is, give it a significance that, it has to be said, is strictly contrary to the truth.’ If this is so, what can we hope for? Well, as I tell students on the MA Psychoanalytic Studies in my institution, we can differentiate ourselves from psychoanalytic trainings around the issue of psychoanalysis being an object of study. Where trainings have as their task to socialize trainees into the structure of psychoanalysis, so that they see the world through its eyes, the academy should be a place for critical evaluation and exploration of what psychoanalysis is about – where it comes from, how it has arisen, what its impact is, what it can and cannot do. But there is something more: even within this conventional way of looking at the academic task, psychoanalysis radicalizes things. It teaches that there are ways of knowing that are not mystical, yet are also not reducible to the usual practices of supposedly rational intellectual scrutiny. We need to be changed by the things we learn, not just use them, as Lacan (1991, p. 201) also said, to gain or award ‘credit points.’ In a period of neoliberal dominance, this is an essential truth.

Does psychoanalysis have a future in the academy? As a practical matter, in NYU’s Department of Media, Culture, and Communication alone, we have over a hundred undergraduates taking courses on the subject every year. Elsewhere in the university there’s a push to start a minor in psychoanalytic studies; we’re also considering an interdisciplinary master’s program. Meanwhile I’ve been consulting with a growing number of graduate students who are choosing to train as analysts rather than pursue academic careers.

It’s the undergraduates who give me the most hope; as long as they keep showing up, the courses will keep being offered. And why wouldn’t they? Sex isn’t going away any time soon; nor anxiety, narcissism, hatred, guilt, the compulsion to repeat, the death drive. ….I’m much less optimistic about the future of psychoanalytic theory within the university. A certain mindlessness has overtaken the human sciences. 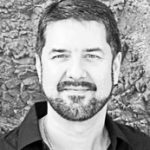 The Freud taught to Psychology and Premed undergraduates, at my university and numerous others, is as the figurehead for a clinical perspective that is least psychoanalytic. Early ties to neurology are noted, even praised, but later work is faulted as esoteric, speculative, at times self-contradictory. We’re given the Freud of successive phases of sexual development, not of their unreliability and undoing. It’s the equivalent of reading Three Essays on the Theory of Sexuality without the work’s multiple footnotes and revisions (see Davidson, 1987).

The Freud taught more often in the humanities, by contrast, and still regularly at my university, is the Freud of those footnotes. Whether addressing the unconscious, the uncanny, or the death drive, this more-difficult and opaque Freud encapsulates what of humanity is most paradoxical and unquantifiable. It is the Freud who comes to see sexual identity as a contradiction in terms; who views gender and sexuality in terms of their asymmetry, failure, and irresolution; and traces racial fantasies and projections to the complex faultlines of group and ethnic identification. It is also, no accident, the Freud who is least optimistic about humanity’s longer-term prospects, including from its attraction to a range of fundamentalisms.

…it is the Freud of the humanities who has most to teach us conceptually, clinically, heuristically, and ontologically.

If past is prologue, then psychoanalysis will hang on in the academy, its place in intellectual history most secure, and its applications in an array of humanities intriguing and at times useful. But what if, to quote a recent Nobel laureate, something is going on, and we don’t know what it is. Call me Mr. Jones, but that seems more likely than not. Post-modernism has announced that something has ended, without defining what has commenced. The risk, as I see it, is that we are entering a period of anti-humanism, a period where the value of studying inner life is diminished. If so, psychology’s import would dramatically decline. Computational models of the brain will increasingly imply we are machines, and dialectically lead – as has happened in the past – to a resurgence of supernatural beliefs. Left behind would be natural notions of the mind, and that means psychoanalysis will be seen as a relic.

While considering this question, I happened to be reading two texts that, when juxtaposed, sharpened my sense of the potential urgency of a reply. In On Grammatology, Derrida, almost off-handedly, writes that if psychoanalysis marked his reading of Rousseau, it was because he was writing from ‘within the history of psychoanalysis’ and that ‘we operate today [it was 1967] within a certain network of significations marked by psychoanalytic theory, even if we do not master it’ (Derrida, 1974, pp. 160–1). Derrida could take for granted both a ‘we’ and a mode of thinking so habitual that it had become a part of our autonomic functioning. If we couldn’t ‘master’ psychoanalysis as a tool, it was because ‘we’ breathed it like air. 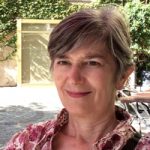 But not everyone was breathing it in the late sixties – nor even today – as I was reminded during a visit by Masha Gessen to our campus. In her new book, she probes the devastation wrought when ‘the academy’ is deprived of ‘the tools and even the language for understanding itself … If a modern country has no sociologists, psychologists, or philosophers,’ she asks, ‘what can it know about itself? And what can its citizens know about themselves?’ (Gessen, 2017, p. 3). Party line had been that the Soviet people were ‘shaped entirely by their society and the material conditions of their lives’; there was no room for inner conflict, and thus ‘no reason to take up the subject of the psyche’ (pp. 23–4). Though it may have flowered in the early years of the revolution, psychoanalysis was symbolically sent off with the other disciplines of self-knowledge on Lenin’s ‘Philosophers’ Ship,’ banished for at least the next 50 years.

So by the 1960s, what a Derrida could take for granted – the breathable air of a discourse of the psyche – was available, Gessen reminds us, only in infrequent gasps to the Soviet student, sucked in through the academic equivalent of the tiny fortochkas cut into Russian windows sealed against the winter cold, that is, those rare scholars who asked questions outside accepted dogma, and documents, like Freud’s case studies, hidden away in restricted library collections accessible only to a few. ‘The way to learn,’ Gessen writes, ‘was to hunt for [fortochkas] and then to stick your whole face in them and breathe the fresh air as though one’s lungs could be filled up with reserve supplies’ (p. 27). Even if things seemed to open up again, in the wake of the dissolution of the Soviet era, psychoanalysis had not been able to take hold as a discourse in Russia, thus fatally hampering the efforts of modern day Russians to address the trauma of a history of terror. I have no idea what shape the ‘future’ of psychoanalysis might take in the academy, except to ask that we not send it away just yet on the Philosophers’ Ships that seem, already, to be taking on passengers. Let not the ‘future’ of psychoanalysis be ‘history,’ just yet, if by ‘history’ we mean dead.

To read all the responses in full, view the complete article in Psychoanalysis and History, 20.1 (2018) here.