While researching my forthcoming book, Twenty-First-Century Children’s Gothic, I have read a lot of scary stories written for children and young adults. Although the Gothic has always been part of children’s literature, it has exploded in popularity since the turn of the twenty-first century. Nowadays, children’s Gothic ranges across multiple genres, showcasing a real diversity of themes and styles. In the children’s section of your local bookshop, you will find literary ghost stories, dark fantasy and paranormal romance series, neo Victorian novels, zombie horror, and Weird fiction. In this “Top 10 Must Reads” I’ve picked out some notable examples and personal favourites dating from the eighteenth century to the present. To make the task of selecting only ten books slightly easier, I’ve limited the list to British and Irish writers. This means I’ve not included the superlative Lemony Snicket and his Series of Unfortunate Events. So, I’ve cheated and mentioned them anyway! Writing a Top 10 is really difficult! 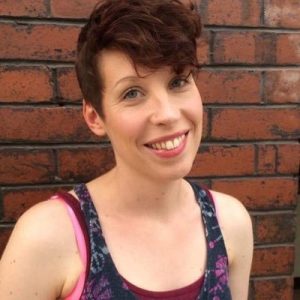 Chloé Germaine Buckley is Senior Lecturer at Manchester Metropolitan University. She writes about and teaches children’s literature and culture. Her previous publications include articles on children’s Gothic, Weird fiction, witches and the postcolonial Gothic. She is co-editor of the edited collection, Telling it Slant: Critical Approaches on Helen Oyeyemi (2017) with Sarah Ilott.

Twenty-First-Century Children’s Gothic: From the Wanderer to Nomadic Subject publishes in November 2017.