Who are the Gülenists ostensibly behind the failed Turkey coup of last July, when, for the first time in Turkish history, soldiers led by a large cabal within the military did not hesitate to bomb the parliament and open fire on civilians, killing hundreds? Also known as ‘Hizmet’ (literally ‘service’), the cult that appears responsible for the coup would instantly confuse, nay, dumbfound, some of the long-time observers, more abroad perhaps than in Turkey, who knew the movement active from the 1970s as the global advocate by and large of a uniquely accommodating, peaceful, democrat, tolerant, civil-society-oriented, rather than state-obsessed, ‘Turkish Islam’.

A clue to the puzzle seemed to be offered in a video statement by Fethullah Gülen, the Turkish cleric and the leader of the cult based in the United States since 1999, a week after the attempted coup. Referring to the crowds in an ongoing democratic vigil in support of the government in the immediate aftermath of the putsch as ‘fools’, who simply ‘deluded’ themselves when the international community did not take the event dubbed ‘coup’ in Turkey seriously, Gülen urged the followers to stand ‘firm’. He went on to instruct the devotees, now being rounded up in Turkey in large numbers, to remain proud and ‘spit in the faces of the oppressors, even as you’re being led to hanging, just as the late [Sayyid] Qutb did’. Was this reference to the iconic Islamist ideologue, executed in Egypt in 1966, an extension of Gülen’s known eclecticism in discourse? Or did it perhaps betray a radical streak in incongruity with the declared political mission of the movement, which carefully distanced itself from Islamism? 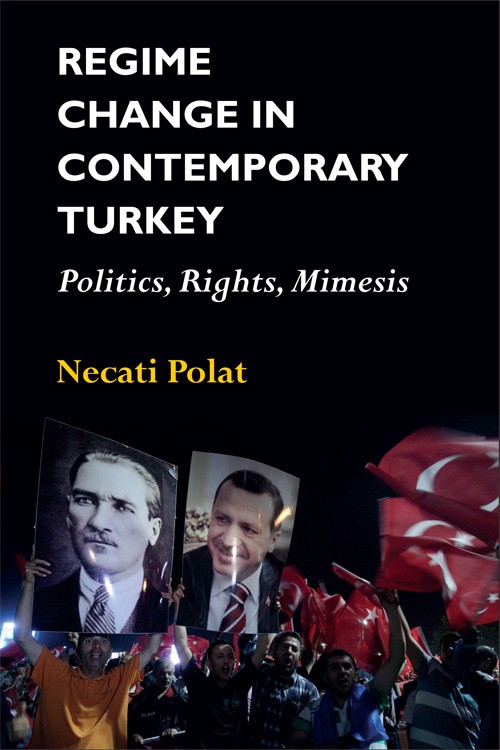 Actually, the whole cult may have been a product of incongruities in public conduct from at least the 1980s, the period after the last big military coup in Turkey, which refashioned domestic politics, and which put Islamic movements such as Gülenism strictly on guard. A dizzying ‘transformation’ would in turn come to define the cult. To cite only one illustration, printing human photos in its publications only with the head severed from the torso by a clear line introduced into the picture (as deemed appropriate in accordance with the most inflexible reading of the Islamic rules, which prohibited images of ‘living’ people), the cult would seemingly ‘evolve’ by the late 1990s to endorse secular life styles for the adherents, prompting some of the woman followers under public spotlight altogether to remove the Islamic headscarf, the hijab.

Clearly, however, Gülen was no intellectual innovator as a cleric. It is next to impossible to find a passage in his writings that may offer an inkling of novelty or original thought in Islamic jurisprudence. The apparent ‘transformation’ was a sham (the dissimulation at work was called tedbir within the cult), and old practices continued at the grassroots. The Gülenists not in public view went on adhering to the traditional pious life style and to modesty for women, in ways more austere perhaps than that the settled piety required for Muslim women. More significantly perhaps, in small gatherings for the devotees, Gülen would continue discuss – until recently – just when it would be acceptable for husbands to use physical violence against wives, or whether apostates would have a right to life.

How did Gülen – a state-employed mosque preacher – come to be in control of a vast network of devotees busy conducting services in over 150 countries? Gülen captured the hearts and minds of a steadily growing community through his sermons and in time via periodicals published within the movement. The middle class devotees, as well as the new generation of pious business people outside the established centres, kept contributing generous, and invariably undocumented, donations (called himmet). The funds collected were easily laundered over decades with the tacit consent of successive governments, which found the overall work in education laudable, ignoring the secularist critics. Business owners close to the movement helped with the laundering of money and in return used the network soon extending far beyond Turkey for trade opportunities.

Initially the movement started running student halls for underprivileged high school students preparing for university entrance examinations, to be followed from the second half 1980s by rapidly proliferating private high schools. The educational activities of the cult would serve as a recruitment ground for volunteers to take part in the constantly widening scale of the work, stretching to countries outside Turkey from the early 1990s.

More controversially, in the light of full knowledge publicly available only for the last few years, the cult steered some of those recruited, who were as young as in their teens, to avenues of formal education that would eventually bring them to man strategic posts in the state apparatus, principally the police, the judiciary, and the army. The suspect statements and inside information by former members in the aftermath of the coup, unfolding in national media, would more than confirm what in that regard the critics had long claimed. Some of the students guided were apparently enabled to secure places at appropriate educational establishments, including military schools, through mass cheating at the entrance examinations. Mostly men, the recruits on their way to be in critical positions in state employment were then instructed by the cult to adopt fully secular life styles, pressured to marry women who did not observe Islamic rules of modesty, and permitted to take, when ‘necessary’ in self-concealment, the otherwise prohibited alcohol.

By 2007, when a ‘regime change’ led by the then Prime Minister Tayyip Erdoğan was under way, the cult seemed already to have a formidable presence in the police and in the judiciary. They also possessed by then a virtual media empire, notably bolstered by a de facto alliance with numerous secular intellectuals, genuinely interested in political change, hopefully towards enhanced democracy, and contributing to the media of the cult. Erdoğan availed himself of the services of the cult (with some being highly questionable and still debated), until 2011, when the regime change became virtually complete. The Gülenists were soon practically at the helm of both the judiciary and the police, thanks to the government. Yet, in the ensuing period, the government and the cult would drift apart, apparently over discords about the control of State Intelligence (MIT), denied to the cult, and the Kurdish peace (the Gülenists did not like the dialogue with the PKK), culminating, after a number of open skirmishes, in a spectacular war, one of escalating attrition, between the government and the cult, from the last quarter of 2013.

The aborted putsch of 15 July 2016 would reveal that, judging from the pace of the promotion of the ‘closet’ Gülenists within the ranks, the top command of the military might have become fully constituted by the members of the cult within only six years.

Necati Polat is Professor of International Relations at the Middle East Technical University, Ankara, where he teaches on theories of international politics, international law, and the philosophy of social sciences. He is the author of Regime Change in Contemporary Turkey: Politics, Rights, Mimesis (2016, Edinburgh University Press).