What is happening to ‘literature’ in the digital age? Is it surviving, changing, under threat? How are we to think of works that are ‘born digital’ and hence shaped by modalities and affordances that are either absent in or not central to print literature, such as code, image, sound, video, play, and interactivity of various kinds?

Literature, it is safe to say, has not succumbed to the apocalyptic threat implied in Derrida’s comment on ‘a certain technological regime of telecommunications’. However, it is undeniable that what we mean by ‘literature’ cannot be unproblematic when we speak, for instance, of ‘electronic literature’: a label that no longer represents just a niche interest in literary studies. ‘Electronic Literature, Again’ – the special issue of CounterText (2016, 2: 2), edited by myself and Ivan Callus, – explores these and other questions.

With its focus on the ‘post-literary’ and the ‘countertextual’, CounterText is a forum that is ideally placed for such exploration, allowing for navigation of the spaces that take in new platforms and digital contexts as well as their complex differences and continuities with literature’s institutionality and with mainstream and established understanding of the term ‘literature’. In that spirit, ‘Electronic Literature, Again’ contributes to ongoing dialogue about the futures (but also the pasts, hence the qualifier ‘Again’, in the title) of an exciting form of literature that is attracting increasing critical attention as well as wider readership (if this, indeed, is the word – itself a fascinating point for discussion).

Some of the contributors to the issue, like Stephanie Strickland, Stuart Moulthrop and Gordon Calleja, are well known through their critical and creative work about electronic literature or its immediate relatives (like digital games), but what the issue does is to position their arguments and outlooks in further discussion about the significance of electronic literature for literary studies, the humanities and the arts today. The editors’ own experimental essay – ‘Thirteen Ways of Looking at Electronic Literature, or, a Print Essai on Tone In Electronic Literature, 1.0’ – rounds up the issue in a performative framing of some of the irrepressible questions raised by electronic literature. There are further incisive articles by Eric Dean Rasmussen, Steven Wingate and Diogo Marques, raising across their pages questions related to post-digital fiction, textual screens and tropes of circularity as these feature in electronic literature.

The issue will be of interest not only to scholars of electronic literature but also to those who are interested in varying constructions of the presents and futures of literature. 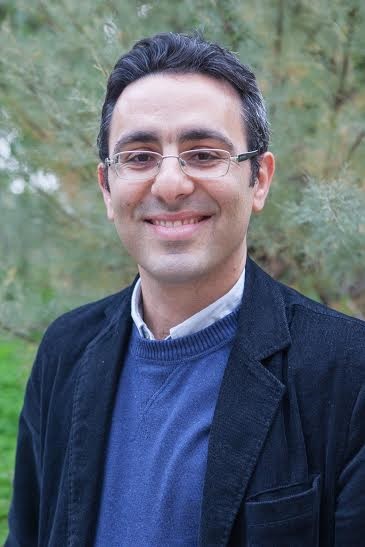 Mario Aquilina is a Lecturer at the Department of English at the University of Malta, where he teaches literary theory, rhetoric and style, and electronic literature. He has published articles and book chapters on experimental literature, style, Shakespeare, Derrida, and Blanchot. He is also the author of The Event of Style in Literature (Palgrave Macmillan, 2014) and has co-edited the special issue of CounterText, ‘Electronic Literature, Again’ (2016).