The Israeli-Palestinian Conflict, i.e., impasse over land ownership of the former mandatory Palestine, is rooted in and continuously being stoked by competing narratives. The Zionist movement adopted the master narrative of the Hebrew Bible, anchored by the reve 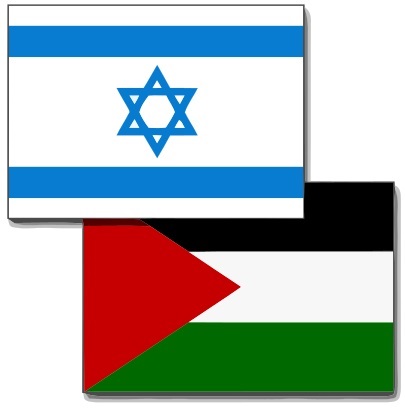 latory idea of an ancestral Promised Land, early and fully. In ushering in the eschaton of national redemption, the Zionists have also sanctioned the pseudo-historical master narrative as history. The noted British historian John Burrow (1935-2009) defined history as an elaborated secular prose narrative of public events based on inquiry; it could have as well been enunciated 2,500 years earlier by Thucydides, the first true historian. Thucydides and other early historians intended to document, explain, and commit to posterity momentous events that occurred during or just prior to their own lifetimes, believing that there were lessons to be learned by future generations. Some, like Polybius, believed history ought to be practiced for its own sake, that is, as an intellectual exercise.

Early (Classical) historians relied on personal observations and eyewitness accounts, but with the passing of time, as the scope of the narratives extended further to include more remote events, their successors were forced to depend on older histories, often without crediting their sources cognizant of their unreliability. Indeed, most historians were concerned with writing as accurate a narrative as possible inasmuch as the pre-Socratic philosophers already understood the conundrum of perception versus reality and the limited capacity of humans to see and comprehend the whole picture. Church historians had no such qualms for their knowledge was revealed, their narratives divinely inspired and institutionally sanctioned.

Beginning with the Renaissance, the secular and scientific backlash to the Middle Ages led scholars to re-examining also the tenets of historiography and to questioning the relationship between the past (events that had taken place in a time before the present) and the narratives about clusters of caused and causative events. These are disparate propositions connected only through the investigative and linguistic skills and imagination of the historian, which also explains why archaeological artefacts cannot recreate a past as it actually was or corroborate a narrative about it; at best, they can be consistent with other data.

Commenting on the nature of the relationship between author(s), their narrative, and the past about which the narratives were written, the post-modernist British historiographer Keith Jenkins (b. 1943) insists that history is no more than a contested discourse between peoples, classes and groups who “autobiographically construct [self-serving] interpretations of the past” (Jenkins, 1991 Rethinking History). In other words, the question of what is history should rather be whom is history for? In as much as the Bible’s master narrative is by and large a non-evidence-based apocalyptic tome, its authors did not intend to write an accurate account of past events but a nationalistic narrative about national redemption and regeneration. It has served the Zionist agenda well.

Michael Nathanson was born in Israel (formerly mandatory Palestine), served in the I.D.F, graduated from the Hebrew University Medical School in Jerusalem, received a Ph.D. in physiology from the University of southern California. He practiced cardiothoracic surgery until his retirement in 2011. His decades long interests in Biblical exegesis, history, and politics have led to writing Between Myth and Mandate (AuthoHouse, 2013).