In the recent controversies about the use of Edinburgh’s public areas by private operators at Hogmanay, one turn of phrase keeps recurring: ‘it’s common good land!’

But what is common good, and why does its use cause so much controversy? And are there any lessons from history for our modern day campaigners?

What is Common Good Property?

Common good property is land, buildings or even things like paintings and burgh chains, which have at one time been held by a burgh council. Some property is excluded from the definition if it was acquired under legislation (for example, Council housing) or held in a specific trust.

Even with those exceptions, however, most modern Scottish councils hold common good properties – including our major cities, who all had burgh status until 1975. It is, at times, a troublesome legacy for them.

In Glasgow, several of its most precious assets are, in part at least, held on common good titles: Glasgow Green, Kelvingrove and the Botanics, for example. In Aberdeen, Union Terrace Gardens, a source of much controversy in recent years, was recently the subject of court action to secure its redevelopment.

Edinburgh, too, has its share of dear green places held on the common good. The construction of a hotel next to the Central Library is taking place on a patchwork quilt of old titles formerly belonging to the Council, some of which are common good. The new Portobello High School was delayed for years because of its location on another common good asset. But it is the monetisation of some such assets for special events that has been hitting the headlines recently.

Underbelly, a London-based company, has been well known for years as a promoter of Fringe events: for example, another prized piece of common good real estate, the Meadows, will host the company’s Circus Hub again this August. Perhaps less well known was its involvement in the Christmas market in (common good) Princes Street Gardens every year.

This year, a record 2.6 million people – an increase of 5% – visited the market. However, its opening of an extended footprint this year was dogged by controversy, especially when it emerged it hadn’t obtained planning permission. Other issues, such as a reportedly cavalier treatment of the memorial benches normally located there, added to Edinburgh residents’ unease about how an asset held on the common good – and therefore, in the public mind at least, held for public benefit – is being used for commercial gain.

Such concerns are not limited to the modern day. There is a curious parallel between the Christmas market and a case heard in the Court of Session over 130 years ago.

By 1882, the site of the traditional fruit and vegetable market in Edinburgh had moved from Hunter Square to the corner of North Bridge and Princes Street; and then, when the railway was built, closer to the site of the current Waverley Market. However, when the Council took over the market hall for a three week fisheries exhibition that year, John Blackie and 101 other market gardeners (of whom, the case report tells us, only 12 were Edinburgh residents) took their case to the Court of Session.

On appeal, before three judges in the Court of Session’s Inner House, they were successful. Lord Shand, in his judgement, said ‘it is impossible to doubt that exclusion from the market-place or house for three weeks must cause great public inconvenience to those who are in use to buy and sell in the market.’

Lord Mure, agreeing, said ‘it is not within the ordinary powers or discretion vested in [the Council] for the regulation of this market-house’ to lease it out for three weeks for the exhibition. Accordingly, although the exhibition had already taken place, John Blackie and his fellow market gardeners set down a precedent for future use of the market.

Can our modern day campaigners rely on such an ancient case? Despite the close proximity of the two bits of land in question, it’s not entirely straightforward: the judgement relied on statutes which were put in place precisely to deal with the Waverley Market. However, it’s not the only case law about common good property and its uses – and recent community empowerment legislation has strengthened the hand of residents, at least as regards the right to be consulted.

Following the controversy around the Christmas market, and other issues like the £12 charge to run into the freezing waters of the Forth at New Year’s Loony Dook, Council Leader Adam McVey tweeted to announce a ‘Citywide conversation in 2020 to help shape future events & meet our aspirations & concerns.’

Twitter wasn’t around in 1884. All the same, Councillor McVey may find that issues with common good assets are a lot older than social media.

Andrew Ferguson is a writer and lawyer with 30 years’ experience in legal and administrative roles in Scotland’s third biggest local authority.

Amongst other books, he is the author of Common Good Law (Edinburgh University Press, 2nd Edition, 2019). He is currently preparing to launch his Scottish local government consultancy and can be contacted via andrewfergusonconsults@gmail.com, or his website at andrewfconsults.com 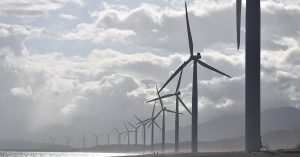 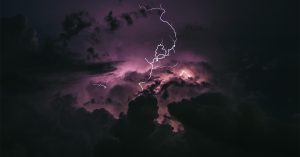