We stayed up all night to watch. When the polling returns came in, we had to pinch ourselves. Was it was a dream? Did Donald Trump actually win the presidential election?

As scholars of United States history, politics, and culture, we knew that 2016 represented a watershed for the American presidency. Never before did a candidate have so little political experience. Never before did a major-party candidate express such extreme views on women, minorities, foreigners, intellectuals and the political establishment. And never before has a candidate had so much hubris to claim an ability to solve global problems, like those in the Middle East, with sheer personal negotiation. Something changed in 2016.

Trump has not moved into the Oval Office, yet, so it is difficult to contemplate how he will change it, but our perception of the United States, and its foremost leader, has already transformed. One scan of the newspaper headlines demonstrates the revolution he represents: 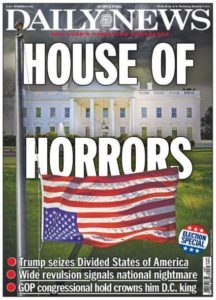 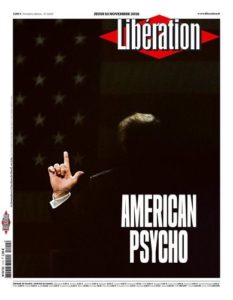 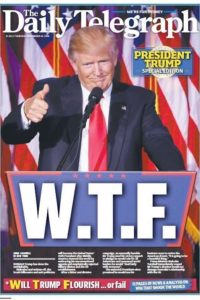 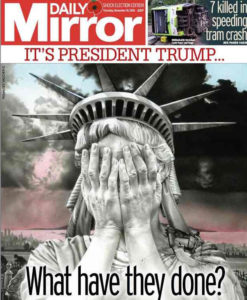 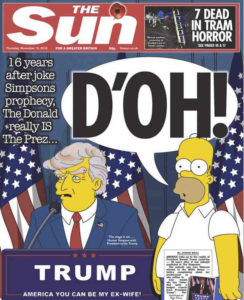 All eyes are on the White House to watch what happens next.

Edinburgh University Press has also reacted to the 2016 election by introducing a new book series on the presidency, edited by Professors Sylvia Ellis and Michael Patrick Cullinane. New Perspectives on the American Presidency takes advantage of the revival in presidential scholarship in the UK and the world. The growth of presidential studies has expanded the scope of study to include cross-disciplinary approaches, adding countless interpretations from a wider cast of ‘supporting actors’ in political history.